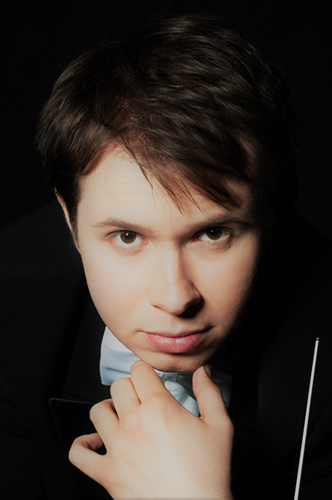 Mateusz became a laureate of manifold Piano Competitions, such as in Frankfurt, Lodz, Cracow, Gdansk, Narva (Estonia). In September 2016 he won 3rd Prize at the 6th Witold Lutosławski Competition for Young Conductors in Bialystok (Poland).

He is recipient of multiple scholarships, including ones from the Mayor of the city of Siedlce, the Ministry of Culture and National Heritage (2005, 2006), Société de Frédéric Chopin Genève, Yamaha Music Foundation of Europe and Internationale Mendelssohn-Akademie Leipzig where he has worked with so excellent piano pedagogues as Pavel Gililov, Arie Vardi or Jacques Rouvier.

Mateusz has given concerts in a lot of musical institutions, inter alia Warsaw National Philharmonic, Philharmonic in Munich (Gasteig), Opole Philharmonic, Warmian-Masurian Philharmonic, the Permanent Mission of the Republic of Poland to the UNO in Geneva, Carthage Acropolium in Tunis, Royal Albert Hall in London (where he took part in the famous BBC Proms Festival). He is a regular participant of the Conducting Masterclass in Cracow, where has an opportunity to work with so maestros as Colin Metters and Jorma Panula.

As a conductor, he has performed with many orchestras and ensembles in Germany, Poland and Czech Republic, such as Sinfonia Iuventus, Warsaw National Philharmonic,  Sinfonietta Cracovia, Erzgebirgische Philharmonie Aue, Staatsoperette Dresden, the North Czech Philharmonic in Teplice, Janáček Philharmonic in Ostrava, Karol Szymanowski Philharmonic in Cracow and others.

Since 2010 now Mateusz works as a music pedagogue. He has taught in several music schools of Germany and Poland and his pupils are laureates of various well-known music competitions.